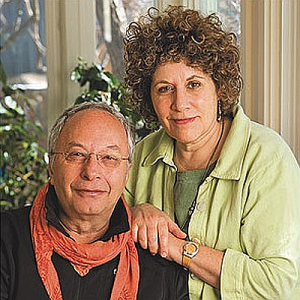 Ed & Deb Shapiro are the authors of sixteen books on meditation, personal development and social action, many published in over seventeen languages. Their latest is the award-winning Be the Change: How Meditation Can Transform You and the World, with a foreword by The Dalai Lama. They are columnists for the HuffingtonPost.com and Oprah.com, and have been featured in numerous magazine, radio and television specials.

Ed and Deb are corporate consultants and personal coaches, working with CEO's and senior management. They have hosted their own TV series, Chill Out, on Channel Health TV in London, and their own radio show, Going Out Of Your Mind, in the USA. Together they have led meditation retreats internationally for over 25 years.

Ed is from the Bronx, New York where he won the New York City dance championships as a teenager. In 1966 he studied with Sri Swami Satchidananda. He was initiated as Swami Brahmananda by Paramahamsa Swami Satyananda, one of India's great yogi's, at the Bihar School of Yoga in India in 1969. He later returned to the US to teach, and spent time with the Tibetan Buddhist teacher Chögyam Trungpa. He has been teaching yoga, meditation and Inner Conscious Relaxation (ICR) since 1976. He is a respected meditation teacher who is sought after for his compassionate understanding of the human condition.

Deb grew up in London. She began meditating at the age of 15, training with Buddhist and Zen meditation teachers, including Jiyu Kennett Roshi and Chime Rinpoche. She founded the Maitreya Institute in Hawaii in 1983 for Tai Situ Rinpoche, and was initiated as Swami Dharmavati by Paramahamsa Swami Satyananda in 1987. She has also trained in numerous forms of bodywork and bodymind therapy, becoming a leading authority and highly respected for her intuitive understanding of the bodymind relationship. Her book, Your Body Speaks Your Mind, won the 2007 Visionary Book Award. For a full teaching schedule see: www.EdandDebShapiro.com